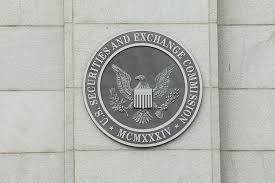 In July of last year, the SEC expressed its view that “Digital tokens issued by ICOs are securities subject to regulation under the U.S. Securities Act”, however, surprisingly many people seem to not know this fact.

In November of this year, SEC reached settlements with two token issuers on the conditions for payment of civil penalties.  The common factor of these two companies which SEC cracked down on was that they both “procured funds by issuing tokens without registering with the SEC.”  The two firms issued digital tokens on virtual networks without registering with the SEC, and procured funds which were paid in by cryptocurrencies such as Bitcoin and Ethereum. Below is a quick look at the sequence of events.

The first incident was the issue of the digital token PRG by Paragon Coin Inc. Paragon was aiming to legalize cannabis by introducing block chain technology to the production and sales process of cannabis. The fact that Paragon aimed to gather funds by the issue of tokens, to conduct various projects which it indicated in their white paper, and to build an “ecosystem” in order to appropriate such funds is worthy of attention.  In the company’s white paper, it is explained that “a large part” of the procured funds would be used to purchase real estate property to establish a “Paragon Space” which is office space which can be jointly used by people who are engaged in cannabis related businesses.  Such office space is still being used today. As a result, Paragon was able to gather over USD 12 million worth of Bitcoin, Ether, and Litecoin from over 8000 investors through the sales of tokens. However, concerns were raised that it had conducted the financing without SEC registration.

The second incident is the issue of tokens called AirToken by Airfox.  Airfox is in the business of providing a solution towards mobile carrier operators to us data transmissions free of charge or for a discount to users who have seen advertisements on computer terminals. The business called “Airfox Wireless” is being provided even today.

The company has already conducted an ICO of AirToken, and in their white paper, it states “In the future, people will be able to use AirToken in applications other than our company’s application, it will become possible to use AirToken to purchase services other than data transmission of mobile phone companies.”  Upon the ICO, Airfox claimed that “The purchase of AirToken is the purchase of a utility which is exchangeable with data transmission, so it is not a purchase of securities”, however, at the time of the ICO, no function existed which met such conditions. Through the ICO, Airfox sold 1.06 billion AirTokens to more than 2500 investors, and succeeded in raising funds worth 15 million U.S. dollars. As with Paragon, this token issue had not been registered with the SEC.

■ What the SEC asks of Token Issuers

The SEC indicated the following 4 settlement provisions “as conditions which must be cleared in order to continue business”. (1) Submit a registration notification form to register the tokens as securities. (2) Distribute to token purchasers a form for requesting refunds, and accept refund requests. (3) Conduct periodic information disclosure required under the 1934 Securities Exchange Act for at least one year.(4) Payment of civil penalty of USD 250,000.

Some people may find from reading the above, that this is clearly a strict measure which can be seen as an “order” rather than a settlement. One can see from reading this that what SEC is asking of issuers are “securities registration” and “information disclosure”. More straightforwardly put, it may be “transparency.”

However, as it has been determined that both companies “were not conducting fraud”, the issuer side had gathered funds with no intention of fraud.  Rather, they may have wondered “How can tokens be issued legally from the beginning?” or “It would have been better if we could grasp SEC’s true intentions from the beginning”. On these points, the SEC may have guessed as such, as William Hinman, SEC’s Director of the Division of Corporation Finance , commented last month that “We hope to prepare and disclose guidance necessary upon future ICOs in ‘easy to understand language’ ”.

In other words, the SEC is not negative towards the act of issuing tokens itself, but rather it is declaring that it “wishes to prepare and announce in easy to understand language” because it desires to disseminate a finance system which can strongly support the two pillars of “prosperity of virtual currencies” and “security for those providing funding”. Therefore, issuers should not be scared of SEC’s strict stance, but should actively think about “What is SEC’s standard for determining whether or not an issue is a security?” while maintaining the stance of waiting for the announcement.

The key upon doing so is the “Howey Standard” test… this topic will be taken up next time.

On November 23, an armed group attacked the Chinese consulate in the city of Karachi in southern Pakistan and four people were killed.  The armed group entered the consulate building, and it is believed that they were targeting Chinese staff. Police officers patrolling the consulate were shot, and the three members were killed. After the incident, Pakistani extremist organization “Baluchistan Liberation Army (BLA)” claimed responsibility, and warned that China was exploiting Pakistan’s important resources, and that they would continue to attack until such exploitation ends.

It is not the first time that BLA has targeted Chinese interests. In May 2017, BLA murdered 10 workers working at Gwadar Port of the southern part of Baluchistan province, where China had acquired leasing rights for 43 years. In August of 2018, BLA attacked a bus where a few Chinese people were injured, and similar incidents have repeatedly occurred in recent years.  What kind of organization is BLA? Why are they targeting Chinese interests?

First, a quick explanation about the BLA.  The BLA is based in the south western part of Baluchistan province which shares borders with Iran, and is an extremist organization advocating separation and independence from Pakistan. Established in 2004, it is comprised of mainly local Balti people, and it has repeated armed battles aiming people related to the Pakistan government and the military and police.  In 2008, it temporarily agreed to a cease-fire with the Pakistan government, however, it was invalidated a few months later, and confrontation continues until today.

Baluchistan is a region within Pakistan where the status of poverty and unemployment is particularly serious, and the region’s literacy rate is much lower than the national average. Even today, support from the Pakistan government is limited, and it is sometimes called the forgotten region. Also, despite the fact that Pakistan is a region with ample national resources such as coal, natural gas, and iron ore, the merits of such natural resources are hardly passed along to the local people. Such resources are held by the central government, and are used for sales and purchases with foreign firms to achieve economic development. Especially in recent years, due to “China-Pakistan Economic Corridor (CPEC)”, one of China’s belt and road projects, the economic ties between the two countries is getting stronger, and China’s penetration is becoming prominent. One evidence is China obtaining a 43 year lease right of Gwadar Port. In other words, from BLA’s perspective, as also seen from the above claim for responsibility, China is cooperating with the Pakistan government who is their enemy, and is neglecting the severe local environment, and China is an exploiter who is taking away their precious resources on their own land using the weapon called money.

Seminars by other guests are also planned. 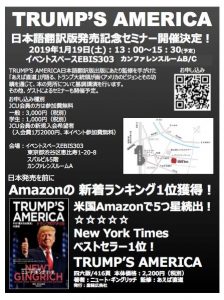