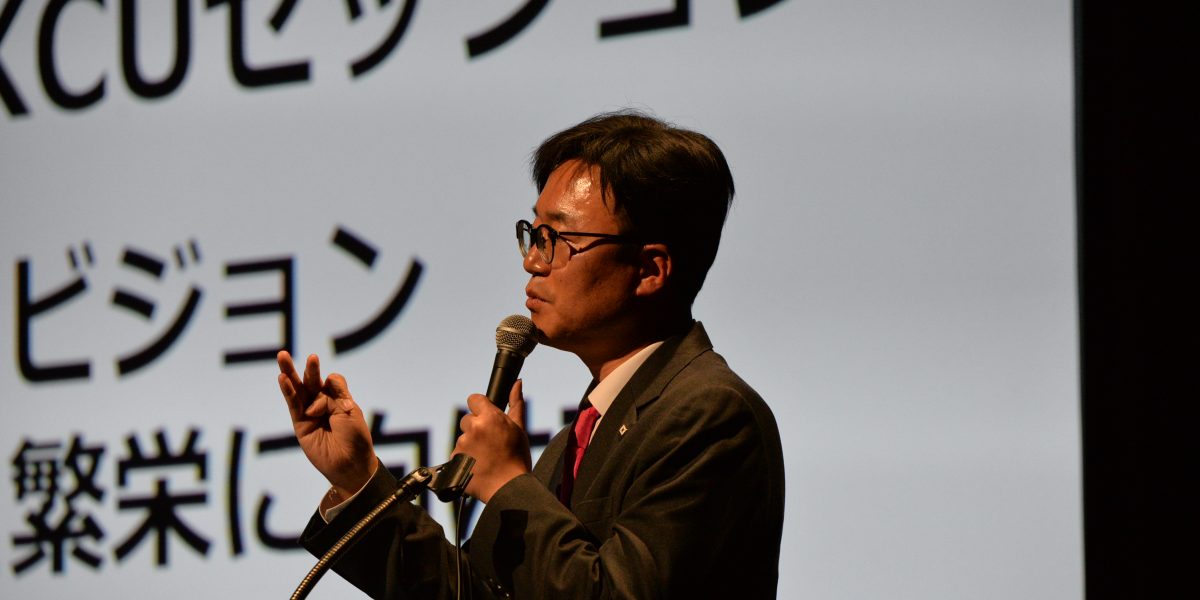 The conservatives in the neighboring country is in danger. President Moon Jae-in appeared as if he arrived backed by “public opinion” called the Candle Revolution, but if you look at the policies which have been implemented, it seems like we merely handed over liberalism on the Korean Peninsula to “Totalitarianism” of China and North Korea. Awareness of this issue has led to the foundation of the conservative’s group KCU in South Korea this year. This year’s J-CPAC provided a precious opportunity to hear the “live voice” of the conservatives in South Korea. In this Session, may have been one of the highlights of this year’s J-CPAC in the views of many who participated.

The first speaker to take the platform was South Korea Member of Parliament, Mr. Kim Seong-dong. Mr. Kim pointed out the fact that the Korean Peninsula was the only divided nation remaining on earth, and called for attention to the issue. While the cold war which ended in 1989 is becoming lost in memory, the Korean Peninsula is still in a state of east-west confrontation. South Korea is a nation which is directly facing confrontation between conservative forces and leftist forces both domestically as well as with the neighboring state. The conservative forces in South Korea are no in a severe situation due to the formation of the Moon Jae-in administration. Mr. Kim called upon the conservative forces, saying that the time has come to join hands in alliance in order for the liberalism camp to win.

This specific situation was pointed out by KCU Chief Representative Young-Jae Choi. Representative Choi’s speech was also very stimulating and eye-opening to the conservatives in Japan.

Then how should we fight this totalitarianism? Representative Choi indicated “Three Strategies.” First, it is necessary to make the human rights issue a point of dispute, and let the world know about the actual state of China which is repatriating North Korea defectors, and North Korea who is executing and detaining people. One specific example which was given was the case where a private group created a fund and made a statue of a pregnant woman who was executed and placed in front of the Chinese embassy. The second strategy is to extend for 2 years the current sanctions towards North Korea. The reason why North Korea and the Moon Jae-in administration are rushing towards economic cooperation is because the economic system is hard-pressed. Representative Choi stressed that we must not relax the sanctions now. As the third strategy, he said that it is necessary to have the liberalism camp support the liberal democratic forces in Seoul, in order to put pressure on the Moon Jae-in administration as we are approaching the South Korea general elections in 2020. 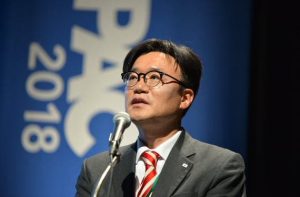 The third person who took the platform was Seoul City Council Member Yo Myong. Warned about the present state where, even though Moon Jae-in’s “world view” is a problem, still leftist world views are dominating South Korea. For example, of the 110 members of the Seoul City Council, 1023 are leftist, and there are only 6 conservatives. Ms. Yo pointed out that in the background is the low public awareness of the South Korean people who favor the leftists.

Given the background of this public awareness, the Moon administration is aiming towards the unification of the federation with North Korea. In other words, they are trying to cut-off the liberal alliance. Ms. Yo said that now a “conservative movement” is necessary in order to reconstruct the relationship with the liberal camp who are partners for security and the economy, and from an education front in order to revise the world view under Moon Jae-in. 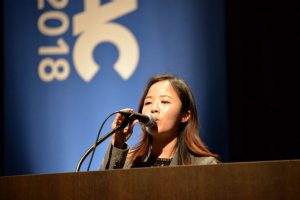 The last person to take the rostrum was Kim Hyun President of the Korean Bar Association who is the representative leader of the South Korean legal world. President Kim commented that what East Asia needs now is “Conservatives that Act”. In South Korea, as represented by the judgement towards former president Park Geun Hye which seemed like it was trying to convey a lesson, political oppression is being promoted under the name of constitutional rule of law. South Korea is now standing at the brink of whether democracy will live or die.

As a fact, former president Park Geun Hye was sentenced to 33 years of imprisonment, however, such severe punishment is normally given for crimes such as serial murder. Furthermore, it is said that bribery of several billion won was received, however, in the text of the judgement there was no evidence indicated that illegal funds were personally received. This kind of “punishment to show as a lesson to others” indicates that South Korea is under a dictatorship rule no different from communism. Action to protect freedom and safety is what is being expected of the conservatives in East Asia today.

◇Development Assistance which is not merely “Gathering taxes and using it”: Each individual is a player, not the government.
－SDGs Special Session

“Sustainable Development Goals (SDGs)” is the United Nation’s development goal which was adopted in the UN General Assembly in September, 2015. It is comprised of 17 “Global Goals” and 169 achievement goals, for the purpose of sustainable development in the entire world,

So why is J-CPAC2018 which is oriented towards conservativism taking up UN’s development goal? From the perspective that conservatism places importance on sovereignty of each individual state, it is not necessarily compatible with the United Nations. International assistance where the taxes of citizens of each nation is being “released to” developing countries is also not compatible. However, taking up this theme nonetheless has significant meaning for J -CPAC2018.

In J-CPAC2018 which aims for the alliance among the conservatives in each country, the first thing to think abut is “Who are we protecting ourselves from.” It goes without saying that the countries which are threatening our freedom and stability and destabilizing the international order of today are China and Russia. When such countries are promoting internationally their strategic policies such as “Belt and Road” initiative etc., the conservatives should come together in an alliance to counter it. This is the background of why we must take up the topic of SDGs.

On this point, Rui Matsukawa of the House of Councilors has adequately called for the necessity to take up SDGs with a sense of ownership, as our own issue, in the current state of international politics where “power politics will continue for the time being.”  SDGs encourage corporate and investors to take their own initiatives, and is a policy objective which is searching for the way assistance should be which is not merely “give assistance with the money of developed countries.”

Each country is not subject to “obligations” and “sanctions” given this concept which places importance on taking one’s own initiative. Professor Popovski of the United Nations University points out that questioning the effectiveness of SDGs but picking on this point is a mistake. He indicated that what will regulate reckless acts of national governments is not “hard law” backed by sanctions etc. but “soft law” which will converge awareness and norm consciousness.

This point also overlaps with the opinion of Sam Tabuchi, executive board member of the United Nations Economic Commission for Europe (UNECE). The concept of quality infrastructure (high quality infrastructure) which Japan promoted as a counterpunch to “Belt and Road” nicely suits the objective of sustainable development, and it has formed a situation where the Chinese government has no choice but to go along.

To think of a future where everyone can have a resilient life is also a role expected of conservatism.  SDGs will promote the traditional way of assistance of just “gathering taxes and using it”, and it is a new development objective where corporates and investors will be able to make their own decisions. 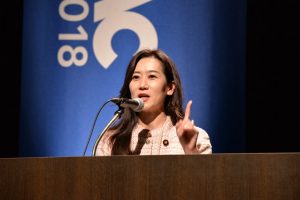 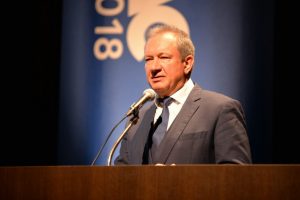 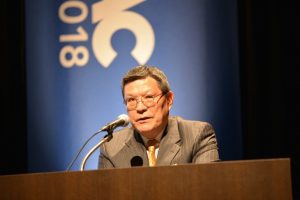 Left: Rui Matsukawa, House of Councilors, explains about SDG, applying her broad international experience in the Ministry of Foreign Affairs.
Middle: Professor Vesselin Popovski states confidently that “Reagan and Thatcher are my heroes.”
Right: Professor Sam Tabuchi who was involved in creating SDGs in the United Nations.