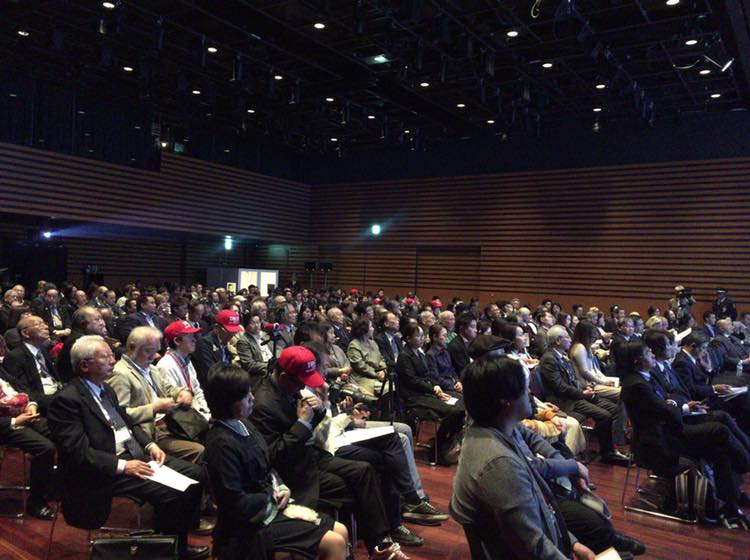 ◇ Conservatism in the Age of Crisis: Day One of JCPAC Ends 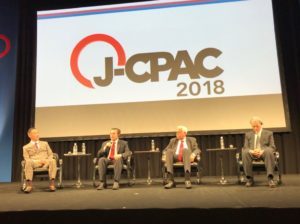 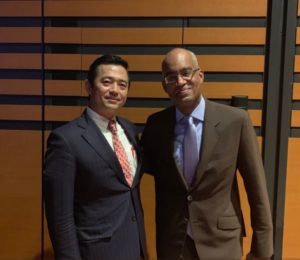 The 1st day of JCPAC has ended with a wide variety of participants showing up ranging widely from young to old and both male and female, and the first day of the event ended on a high note.

The two morning sessions were led by ACU Chairman Matt Schlapp and active discussions were held regarding the future of conservatism including an overview of the U.S. mid-term elections. In the afternoon, attendants had the opportunity to hear the real voice of Mick Mulvaney, Director of Office Management and Budget, regarding tax reduction and deregulation, and a pass was shown to rescue Japan from the deadlock discussion of “Is it financial collapse, or if not tax increases?”

From the evening, two sessions were held regarding the crisis on the Korean Peninsula with respect to the security environment in East Asia.  Real voices were heard that in South Korea, the so-called “Progressives” who are effectively left wing are threatening freedom and stability. Also, regarding the fact the Korean Peninsula is becoming a place of competition by the four big power states (U.S., Japan, China, and Russia), an analyses was presented by a security theory specialist.

Many of those participating in these sessions became clearly aware of the fact that we are standing in a critical international environment. Unless conservatism is vitalized, and the alliance between liberalists and democrats are strengthened, we may be sucked into totalitarianism even as soon as tomorrow. The way of conservatism in the age of crisis will continue to be discussed tomorrow. 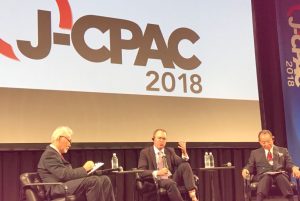 The person in the U.S. Government who is the most robustly promoting reduction of the government budget and who is making the Trump Administration’s tax reduction policy a reality – that is Mick Mulvaney, U.S. Director of Office Management and Budget. In this JCPAC, Director Mulvaney is scheduled to take the rostrum three times. The first of those was the session on day one from 12:15, “Trumpism – Large Tax Reductions and Deregulation.”

The focus of the session was forthright “Is it possible to recover the economy by tax reductions and deregulation?” The economic idea of Keynes that if governmental expenditures are increased and the economy is continuously given a shot in the arm, the economy will turn around to positive growth is now an idea of the past. Still the audience is interest to know the answer to the question, how much effect does tax reductions and deregulation have?

Masaru Uchiyama (President of Japanese for Tax Reform) who was also a speaker would like to largely appeal the same thing, commenting “Being able to decide yourself how to use your own money is efficient.” “Reducing expenditures & rest for the people”, or in other words, pursuing reduction of governmental expenditures and tax reduction, these were what the Japanese diet were about, however, why has it turned into “diet for tax increases”? – this question from Uchiyama is important.

Organizing the infrastructure to respond to disasters and national security are obviously important. This point was reiterated by Hideo Tamura (Sankei Shimbun Economic Department). Tamura stressed that we must not be deceived by the magic called “financial reconstruction”, and argued showing data that it is possible to make investments for urgent parts while reducing taxes centering on consumption tax.

Ultimately what these “economic conservatism” indicates is that “dignity of the individual comes first.” If you say “America first” or “Japan first”, it sounds like a very nationalistic tone, but that is not correct. Governmental authority should be reduced as much as possible, and active economic life of the individual should be encouraged.  It seems like a way can be found there to overcome the pointless discussions in Japan about “financial reconstruction, or otherwise financial collapse.”