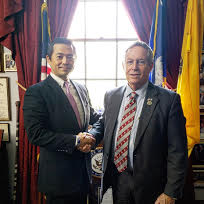 APCU Chairman Aeba took time between regular meetings of the ACU during his visit to Washington D.C. to meet and exchange opinions with staff of the U.S. House Committee on Armed Services. The main topic discussed was on the East Asia situation, and rather deep discussions were held regarding the urgent North Korea issue as well as the U.S. policies towards China which President Trump has upheld as a most important issue. Unfortunately details cannot not be reported at this time, however, they are planned to be disclosed in the near future. In the meeting with Congressman Joe Wilson, we were able to reconfirm the shared recognition of the importance of the Japan-U.S. alliance as well as the conservative activities of CPAC and J-CPAC etc. Also, Congressman Wilson provided an explanation regarding the issue of certain U.S. media who have reported distorted facts regarding President Trump’s accomplishments up to now. In response to this, Chairman Aeba commented that there are similar media in Japan as well. It was during such meeting that an announcement was made that the top-level meeting between President Trump and Kim Jong-un is to be cancelled, and Capitol Hill was thrown into utter confusion, and reverberation is continuing. 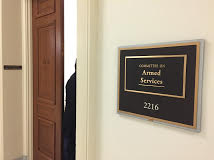