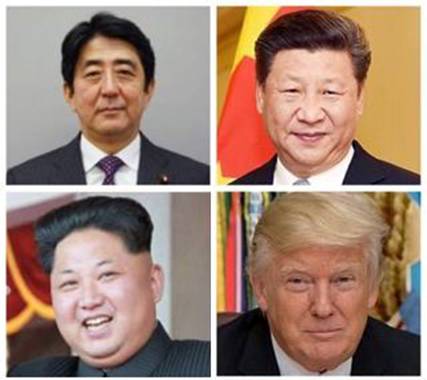 International affairs have intensified surrounding the US-North Korea top-level meeting. On April 13, President Trump determined that the Assad regime has used chemical weapons in Syria, and fired more than 100 missiles into three chemical weapon related facilities in a joint operations with the UK and France. This military action was taken without obtaining approval of the UN Security Council, while there are many countries who are taking a cautious stance towards Syria, but many have acclaimed President Trump’s ability to execute as it must have been a resolute decision from a humanitarian standpoint. However, some have speculated that the November interim election was in President Trump’s mind. This is withdrawal from mid-east Syria where there is little accomplishment despite huge amounts of war expenditures have been spent, and the missile attacks was just the right parting present. It also left a strong message towards North Korea. Ahead of the U.S.-North Korea top-level talks assuming “denuclearization”, it sends a warning to North Korea that “this is what will happen” if North Korea breaks its promise. North Korea had been providing weapons technology to Syria in the first place, and the effect of the warning should is probably not insignificant. The movements of various countries aiming towards the US-North Korea top-level meeting is also becoming active. According to CNN of the U.S., it is reported that China’s Xi Jinping is preparing to visit North Korea.  The meaning of this may be that Xi “obtained agreement of denuclearization” from Kim Jong-un in their meeting the other day in Beijing. The U.S. also sent CIA Director Pompeo to North Korea in the end of March in preparation to realize the top-level meeting.  Pompeo, who has been named the next Secretary of State, is in the position to facilitate the top-level meeting, and it is proof that realization of the top-level meeting is taking on reality. Did Pompeo meet with Kim Jong-un? On April 17th, in the meeting with Prime Minister Abe who was visiting the U.S., President Trump commented that “we are already in talks with North Korea at extremely high levels”, and this must be true. “The policy towards verifiable irreversible dismantling of North Korea’s nuclear and ballistic programs” was reconfirmed in the meeting, as well as the fact that “maximum pressure will be maintained.”  The U.S. also promised that they would take up the abduction issue as well at the US-North Korea top-level meeting. The largest theme of the meeting will be “Denuclearization of the Korean Peninsula”, however, for Japan this may the final chance to resolve the abduction issue, so we would like to look forward to the results. 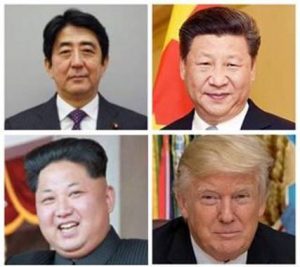