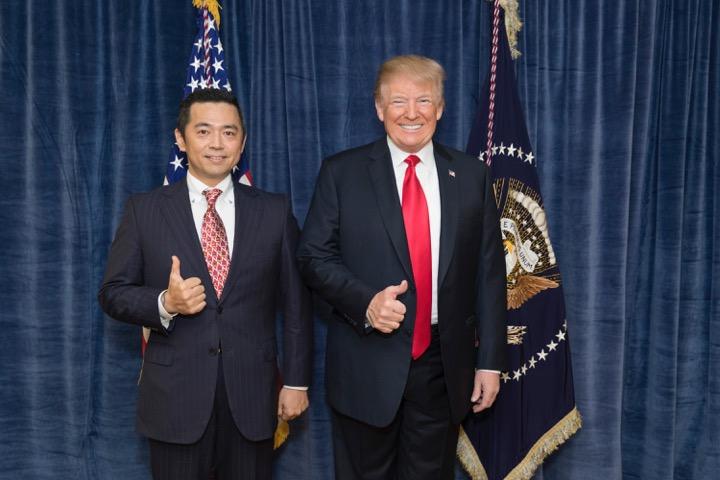 On February 23, at the Conservative Political Action Conference (hereinafter “CPAC”) held at Gaylord National Resort & Convention Center in the suburbs of Washington D.C., President Trump met with APCU Chairman Jikido Aeba prior to making his keynote speech at the main stage of CPAC. This is President Trump’s second meeting with a Japanese civilian since being inaugurated as President. The first meeting was with Masayoshi Son of Softbank Corp. who acquired the seat by making a huge investment into the U.S. The meeting this time with Chairman Aeba was realized because the President wished to directly thank JPAC for its great success at the conference held last December. Furthermore, he expressed his concern towards China’s military foray into the Asia-Pacific region going forward. To this end, the establishment of APCU is meaningful, and he expressed his expectations towards APCU that it would play a key role in the collaboration among conservative forces in the world. In his meeting with Chairman Aeba, President Trump repeatedly said “Beautiful!” In Japanese, this would mean “wonderful”, and it entails the President’s compliments towards the work done to date, and towards the concepts and actions behind the foundation of APCU. However, while stating compliments such as “Beautiful!” at the same time, he also touched upon his thoughts regarding the strategy towards China and the North Korea issue.