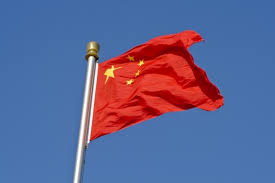 The move by China based on its Belt and Road initiative and its expansion to various parts of the world such as Asia and the Middle East is a well-known fact, however, in recent years China’s move into the South Pacific region which up to now has not been focused on is also becoming noticeable.

Tonga, an island country floating in the South Pacific Ocean is a small country with a population of around 100,000 citizens, and it continues to receive economic support from China centering on infrastructure development.  Just in 2018 alone, construction of the government buildings by Chinese funds was completed, and on the gate of it, a memorial was placed stating that it was constructed by Chinese capital. Expansion into Tonga by Chinese companies and Chinese immigrants are continuing to increase, and Chinese people operating stalls and conducting business in the capital city of Nukualofa has become more conspicuous in recent years.

Furthermore, Chinese proprietors and firms tend not to hire local Tongan people. They bring over employees from China to work for them, and feelings of mistrust and opposition are heightening among the local residents. According to the Lowy Institute headquartered in Australia, in the 10 years from 2016, monetary support from China reached USD 172 million, but most of it is long-term low-interest rate lending, and there is concern that a situation may occur where the right of usage of the port facilities may need to be transferred to China if the debt cannot be repaid. This is the typical style of “Credit Diplomacy”. Despite such risk, The King of Tonga visited Beijing in March 2018, and agreed to accept further economic support from China, and it is believed that Chinese expansion and influence will penetrate further into Tonga going forward.

China’s expansion into Palau which has diplomatic relations with Taiwan is also becoming more noticeable. Over 80% of Palau’s GDP relies on tourism, and in recent years, the number of Chinese visitors is sharply increasing. Up to 2013, Chinese tourists numbered less than 10,000 per year, and there were many visitors from Taiwan and Japan. However, Chinese tourists totaled 40,000 visitors in 2014, and increased sharply to a little less than 90,000 visitors in 2015.  The penetration into Palau by Chinese travel agencies and hotels, restaurants, and real estate companies is outstanding, and there are both locals who seek to strengthen economic ties with China as well as locals who are voicing concern. In 2017, at the Palau parliament, a vote was held regarding whether or not to sign a trade agreement with China, and it was voted down by a small margin (5 votes for, 5 votes against, and 3 did not attend). In response to this move, in August 2018, the U.S. agreed with Palau to newly install a sea monitoring radar system. Further moves are expected going forward.

The expansion of Chinese influence in the South Pacific based on its Belt and Road initiative will certainly continue in 2019.

In the face of China which deepens its erosion in the name of “support” while lending huge amounts of loans which are obviously difficult for the borrower to repay, what can the small island countries respond? The recent expansion of China’s influence is not limited to merely economic influence, but it is being debated as a security issue as well. There are increasing voices expressing concern towards China among countries which have interest in the South Pacific. However, even if the island countries become united, China is not a counterparty that they can deal with from an economic or military perspective. After all, the cooperation by surrounding big power countries is indispensable.

Australia and New Zealand who believes that the South Pacific region is within their sphere of influence are certainly much more concerned than before.

In April 2018, Australia’s defense agency referred to the fact that China was strengthening its military interest in Vanuatu, and warned against China making it a military hub and strengthening its presence in the South Pacific. Vanuatu has diplomatic relations with China, and is the only country among the island nations in the South Pacific that recognizes China’s claims regarding the South China Sea. There are differences in the stance among the island nations regarding their respective relationship with China. From China’s perspective, it is aiming to strengthen ties with friendly nations and to increase its military presence in the region. When considering today’s relationship between the U.S. and China which is referred to as the New Cold War, for China it is worth spending costs to a certain degree in order to put pressure on the U.S. in order to increase its military presence in the region.

Also, in the Defense Report announced by New Zealand in July 2018, it pointed out that the existence of China is a threat to the stability of the South Pacific region.

The South Pacific also includes French territories. Some people may believe that France is a country which is focusing on countering terrorism and refugee issues, however, it is also the 2nd largest maritime nation which has an exclusive economic zone (EEZ) of 1100 square kilometers centering around the Asia Pacific region. In January 2018, France held a foreign and defense ministerial meeting with Japan, and agreed on matters such as ocean security, cooperation in capacity building support to developing countries, and conducting joint exercises with Japan’s self-defense force and the French military. These moves come from concerns that the interests of nations in the Asia Pacific are being threatened by China.

One factor which was a source of small relief for France was the results of the local referendum regarding independence which took place in New Caledonia in November 2018.  The residents of New Caledonia chose not to become independent from France. President Macron had expressed that he would respect the people’s will regardless of the outcome of the voting, however, if New Caledonia had voted for independence, China’s intervention would have been unavoidable. However, there is a possibility that further referendums will be conducted at least two times by the year 2022, so Paris would need to continue to be on alert.

For the time being, the situation is that both yes and no can be heard regarding China’s Belt and Road initiative. Even if there were more people against it, the reality is that the small Pacific nations need to accept support from countries with ample funds when taking into account its future fate. The economic size of the South Pacific nations is small compared to countries like Pakistan and Sri Lanka who are also receiving significant amounts of financial assistance from China. Even such larger countries transferred their right of use of port facilities to China because they could not repay their debt, so it is not difficult to envision that the South Pacific island countries would fall into the same debt trap. It is necessary for Japan to take the initiative at an early stage to prevent such “Invasion into the Pacific” in cooperation with Australia, New Zealand, and France.