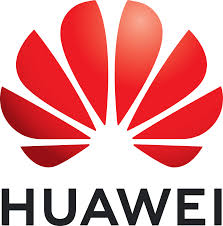 ◇The Trend of “Shutting Out Huawei” in Global Scale

The trend towards “shutting out” Chinese firms from the telecommunications industry is proceeding in various countries around the world.

On December 18, the Czech Government prohibited the use of Huawei products by cabinet staff.  The Japanese Government also agreed not to use mainly Huawei and ZTE products for governmental procurements. On December 14, it has asked that large mobile carriers not to adopt base stations of these 2 firms in the guideline for allocating radio waves for high-speed telecommunication standard “5G” for mobile phones.

The U.S. Defense Department was the first to make such moves, by prohibiting the sale of Chinese company products at U.S. military bases in May 2018.  In November, the U.S. government asked its allies to cease use of Huawei telecommunication equipment. It is believed that there are mainly three reasons for this.

The issue of information leakage by personal devices is not a new issue.  This problem had been pointed out in 2012 in the U.S. House of Representatives naming a specific company. However, what is now at issue is the threat of much larger scale, the entire infrastructure, such as the new standard for mobile communication systems (5G) and satellite networks.

A feature of Huawei is that it conducts much of their business outside of China. In other words, it is the world’s largest supplier of telecommunication network equipment, and the world’s second largest manufacturer of smart phones. Its technological influence covers almost all of the countries in Europe, Asia, and Africa.

On the other hand, the company is “personally owned” by the founding family, and there are many unclear aspects regarding its ownership structure. The founder used to belong to the People’s Liberation Army of China, and its strong ties with the People’s Liberation Army as well as the Chinese Communist Party continues to be pointed out. Frankly speaking, it is believed that information obtained from customers and the telecommunications network is being provided by Huawei to the Chinese government based on the government’s request.

The strong connection between Huawei and the Chinese Communist Party, and the sense of crisis towards information leakage which has arisen from it, is not merely a part of the “U.S.-China trade war” by the Trump administration.  In the U.S. the sense of crisis is shared in a bipartisan manner, and in June of this year, Senator Mark Warner of the Democratic Party disclosed an open letter expressing concern.

In the future, it is believed that this trend towards “shutting out from the market” of Chinese firms will escalate.  According to the Wall Street Journal’s article on December 20, global financial institutions HSBC and Standard Chartered stopped new lending to Huawei. Both banks are said to have supported Huawei’s global rollout, and the re-examination of the relationship should be a huge blow to the company.  In Japan, it has finally begun to move towards shutting out such “problematic” firms from governmental procurements. The time has come to grasp in detail the global trend going forward, and to strengthen efforts under cooperation between the public and private sectors.